“'Disco’ is a song by Lizzy Grant and the Phenomena, one of Lana Del Rey’s MySpace-based musical projects. The track was uploaded alongside an early version of 'For K Part 2’ circa 2007.” Album covers for Lizzy Grant and the Phenomena. Tracklist: Rehab For K Part 2 (Demo) - Identical to the one in the LDR AKA Lizzy Demos; Disco. REQUEST Lana Del Rey - Lana Del Ray A.K.A. Lizzy Grant (Vinyl Rip). Update 12/27: The direct https download for everything is finally ready. LANA DEL RAY A.K.A LIZZY GRANT Lana Del Rey 2010 MP3 format Tracklist: 01. Queen Of The Gas Station 03. Oh Say Can You See 04. Gramma (Blue Ribbon Sparkler Trailer Heaven) 05.

Lana Del Ray[1] (alternatively written as Lana Del Ray A.K.A. Lizzy Grant)[2] is the debut studio album by American singer-songwriter Lana Del Rey.[2] The album was released digitally in the United States via the iTunes Store and Amazon by 5 Points Records on January 4, 2010 when she was known as Lana Del Ray. The record was eventually pulled from retailers soon afterwards because, according to Del Rey, the label was unable to fund it.[2] Del Rey ultimately bought back the rights to the album. After releasing Born to Die (2012) under her stage name Lana Del Rey, she expressed her wish to re-release the album.[2]

Del Rey released a three-track extended play (EP) titled Kill Kill through 5 Points Records in October 2008, during which time she was known as Lizzy Grant.[4]David Kahne recorded the album with Del Rey over a period of three months in 2008.[5] 'Yayo' would later be re-recorded, released again, on the 'Paradise Edition' of Born to Die.[6][2] Del Rey stated that Kahne 'is known as a producer with a lot of integrity and who had an interest in making music that wasn't just pop.'[7] Her father, Robert Grant, helped with the marketing of the album,[2][8] which was available for purchase on iTunes for a brief period before being withdrawn. According to David Kahne, who produced Grant and Label owner David Nichtern, Grant bought the rights back from her label, 5 Points, as she wanted it out of circulation. In an interview, Nichtern stated: 'Her and her new manager came in and said, 'We want to get this off the market. We’re going for a completely new deal. We’ll buy you out of the deal'. So we made a separation agreement'.[9][10] In January 2012, upon the release of her major-label album, Born to Die, Del Rey stated to the BBC that she recently bought back the rights of the album and was planning on re-releasing it in the Summer of 2012.[11][12] In May 2012, she announced that the album would not be re-released that summer.[13] Del Rey did however re-record and re-release 'Yayo' on her Paradise EP.[3][11][14]

On his official website, David Kahne wrote about the recording process and the story behind the song 'Gramma' stating: 'Lizzy's Gramma is so important in her life. While we were recording, Lizzy had a picture of her Gramma holding her on her lap.[2] Lizzy was crying and her Gramma has such a sweet smile on her face, in the sun at the beach.[2] 'I don't want to think I'm bad, Gramma, just for feelin' pretty..'.[15] 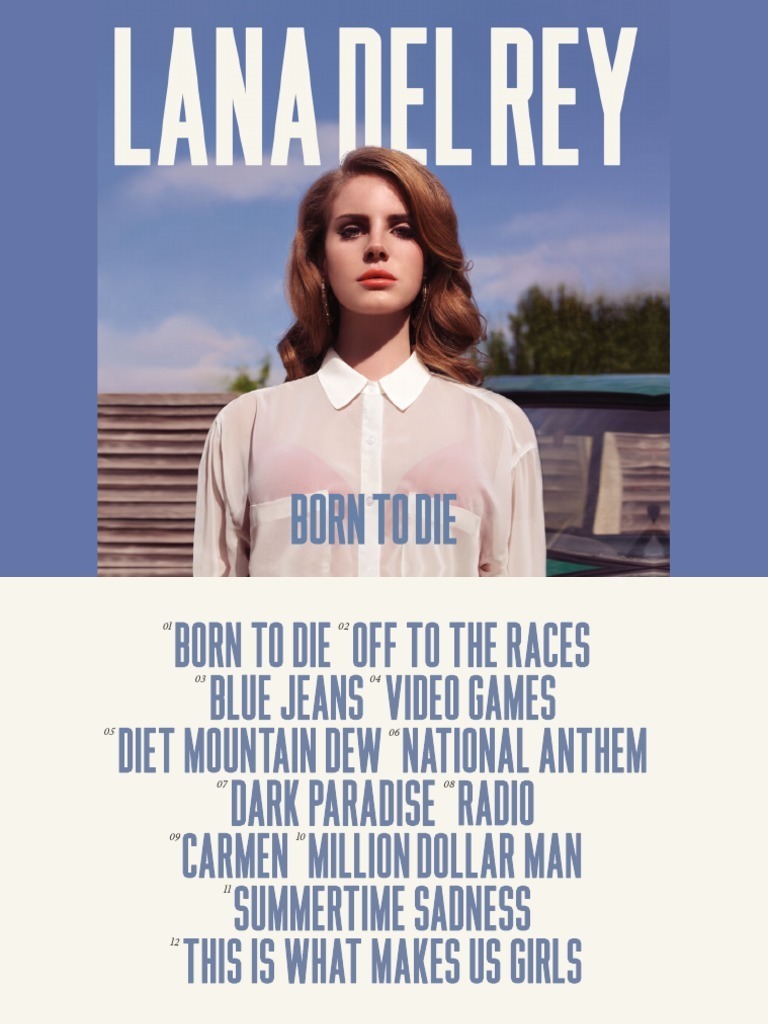 Del Rey and producer David Kahne recorded 13 tracks for the album in 2008.[16] Instead of releasing the material, her label put out the EP Kill Kill on October 21, 2008 under the name Lizzy Grant.[17] The standard album was digitally released on January 24, 2010 but pulled three months after. A small number of promo CDs were pressed but the album never saw a physical release.[9] All tracks are written by Elizabeth Grant, except where noted. All tracks produced by David Kahne.

If you find any inappropriate image content on SeekPNG.com, please contact us, and we will take appropriate action.

You're welcome to embed this image in your website/blog!

Text link to this page:

Medium size image for your website/blog: