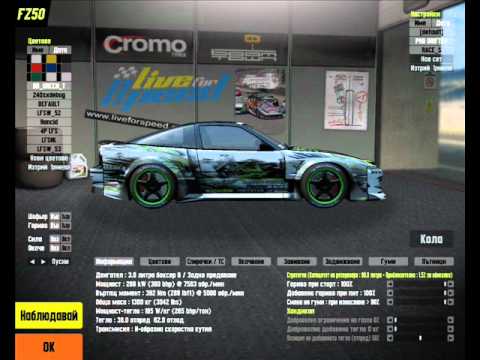 This is the information page for version 0.6V which contains a lot of new features, fixes and improvements. This is not the graphics update we have been talking about in recent progress reports. This one still uses the same physics system as the public version it replaces, but allows a wider range of setup options for some of the cars.

We have had requests over the years to allow more possibilities for rallycross and drifting. We were able to implement these changes by making a new version that could not connect online with the old version. Wider steering angles and a wide range of tyres are now possible on the GTR cars by selecting a new ALTERNATE configuration in the setup screen. This also allows some interesting possibilities for hard track racing as narrower tyres can be selected, which can help when creating lower powered racing classes for some events.
As we were making an incompatible version, it was a good opportunity to improve the prediction system that allows you to see remote cars driving on your screen. Every car's position, velocity, fuel load, damage and so on are transmitted frequently to all the other racers on a server. We have used various methods to make this information more accurate so the cars appear to move more smoothly. We were also able to improve some things about pit stops. For example you can now change tyres without being forced to repair body or suspension damage.
There are really a lot of updates in this version. They include improvements for force feedback, controls including steering wheels and handbrake, more layout objects, VR, views, InSim and OutSim.